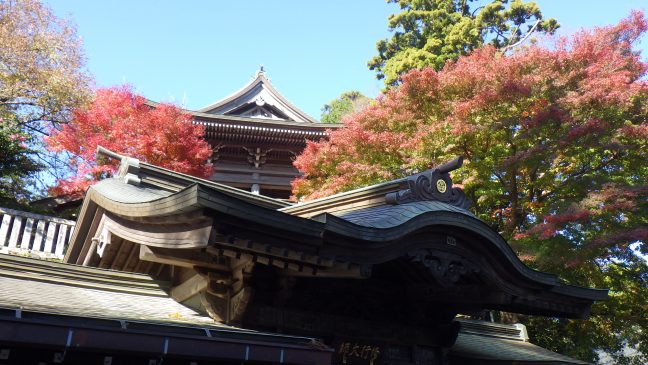 Takaosan Yakuo-in Yukiji, commonly called Yakuo-in, is a Buddhist temple and shrine complex established on the flanks of Mt Takao at the order of Emperor Shomu in 744.

Yakuo-in was restored in the 14th Century by Shungen Daitoku, who enshrined the deity Izuna Daigongen following a vision. Izuna Daigongen protects devotees from harm, and combines attributes of five deities, as described by the temple’s official site: Fudo Myo-o, Karuraten (Garuda, a divine bird), Dakiniten (a demon that feeds on human hearts), Kangiten (a fertility deity with the head of an elephant) and Benzaiten (the deity of water, music and victory in battle).

Mt Takao is associated with Tengu, long-nosed demons who act as messengers of the gods and who chastise evil. These figures are found throughout the temple complex, and flank the entrance to Izuna Gongen-do.

Yakuo-in is reached following a brief walk along paved paths (and some stairs) from the cable car/lift terminus on Mt Takao. Alternatively, hikers can reach the summit of Mt Takao first and then descend through the temple complex. 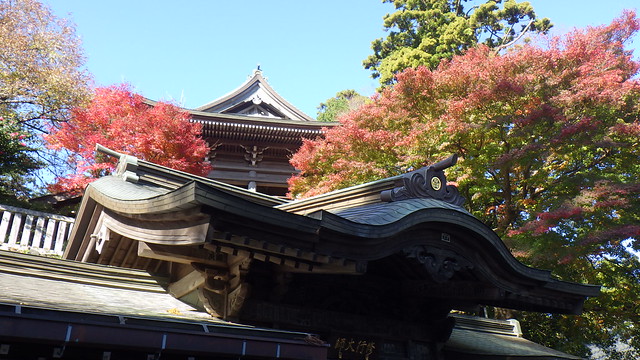