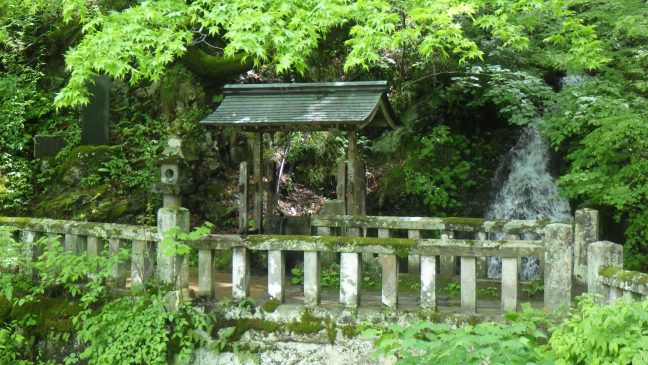 According to tradition, a traveler was seeking shelter for the night when Monju Bosatsu (bodhisattva Manjushri) appeared in the form of a deer and led him to this ancient hot spring. Hence the name Kakeyu (鹿教湯), “deer guide hot spring.” Now, centuries later, the village has adopted the deer as its mascot. Unfortunately, while visitors can spot the deer motif in multiple locations throughout the area, they’re unlikely to see any actual deer.

The village and its resort spas are separated from Monju Temple by the Uchimura River. Visitors cross via the covered wooden Godai Bridge adjacent to Monju no Yu, the original hot spring which has been in use for 1,200 years. From there it’s a brief climb through a dense wood to the temple.

The temple itself, a prefectural treasure, is reached via a stone stairway leading between two enormous keyaki trees, and sits in a clearing. Although in a state of disrepair — when we visited, the roof of an outbuilding had fallen in on the two Nio guardian statues inside — the temple holds many surprises, including the dragon painting that spans the ceiling of the portico.

Separated from the main temple by a rushing mountain stream is a serried rank of jizo topped by statues of Bosatsu Monju and Buddha.

The village’s other attractions include a small shrine housing Ebisu and Daikoku, guardians of the spa. Although remote, Kakeyu Onsen is a worthwhile adventure for travelers seeking a peaceful spa experience with access to the nearby Ueda and Matsumoto castles. 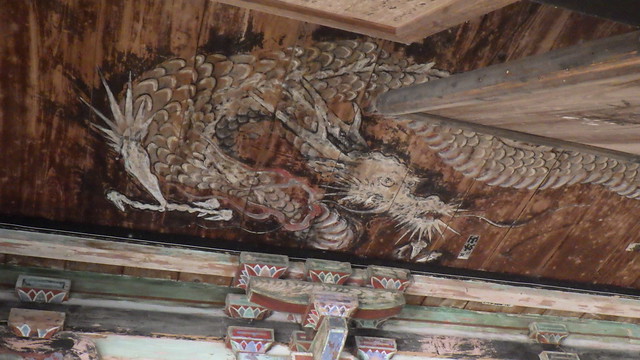