Just now she called the prime minister an idiot. So, as usual, then …

My colleague gave me this hand-written card along with some sweets for the new year. I tossed the card on my desk and there it remained for a couple of days, turned sideways.

I glanced at it one day and made a startling discovery:

This was definitely unintentional, as when I pointed it out to her it took her more than a minute to realize what I was talking about. And then she said, “A western ojisan, possibly! Not a Japanese one.”

Nana:
If you could go back to university, what would you study?
Guy Jean:
(without blinking)
Guy Jean:
I have put some thought into this before …
Nana (after reading the Japanese link):
I have never heard of these words before in my life. 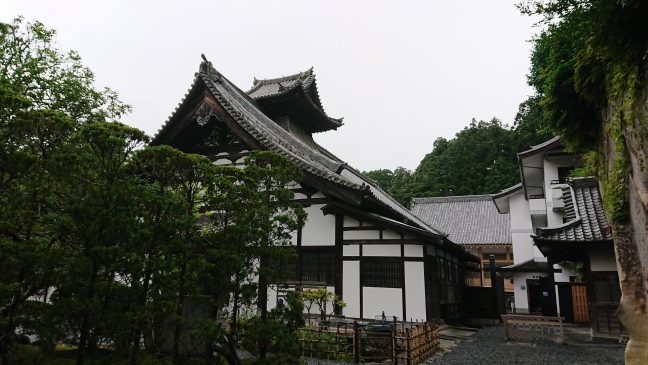 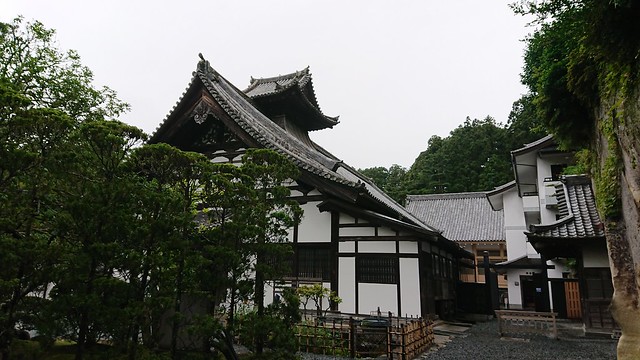 Nana has been wanting to buy a Roomba since we moved, and last week she spoke to a salesman at Bic Camera about the various models. She also was interested in the Braava model which automatically mops the floor. (We have all hardwood floors, no carpet.)

The salesman told us the Roombas need 10cm of clearance, so we decided to measure the clearance under our bed and sofa before proceeding.

Yesterday we were preparing to go to Bic again, and I measured the clearance under the bed: 8cm, and not a millimeter more. The sofa is fine at 14cm.

So we talked to the same guy again and he said (despite varying appearance) all the Roomba models are the same height. I confirmed this with the spec sheet and in fact they’re all 9.2cm. Nana told him to let the maker know we wanted a slimmer model. He said that was a popular request, but the spec hasn’t changed on that for the past 15 years.

So we looked at other makers. We thought we might find a Panasonic or Hitachi. They had models on display. We couldn’t find the specs, but they looked about the same size as the Roombas (and I hadn’t brought a tape measure). Then we found one that clearly said it was only 5.7cm high. It was quite a bit cheaper than the Roombas — only one-third the price. Nana asked the salesman about it and he confirmed it’s a Chinese company: Ecovacs.

We looked around a few more minutes, but it was clear this was the only one that would fit under our bed. And we were surprised to discover that it combined the sweeping and mopping functions, so we don’t need two separate machines. For the price we knew we couldn’t expect much, but we decided to take the leap.

The moment we got home I unboxed the thing. “Do they have instructions in English?” Nana asked. I pointed to the quick set-up guide: it’s all diagrams and iconese. Within a couple of minutes the robot was scuttling around our flat, quieter than we’d expected, and Nana had immediately decided it was a “he.” “Where is he now?” she’d ask. And when he got tangled up in anything, she’d say, “He has to learn to do that.”

(I’m not sure how much learning capability this cheap model has, but we were joking about its giving all our information to the Chinese.)

Nana would take to following him around the flat, worrying where he was from minute to minute and going to watch as, for example, he was busy pushing all our shoes around in the entrance foyer. “That’s more entertaining to you than the TV, eh?” I asked her. (I’d include a video of her following the thing around, but she’d have my head for it.)

Things that he gets caught on or confused by:

I’m sure we’ll discover more to add to the list.

After leaving him to charge up all night, we’ve set him going again this morning. We’ve left the bedroom door open, but so far he’s ignoring the allure. 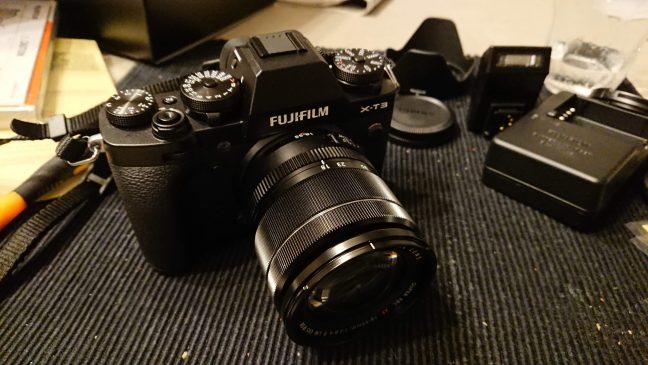 Nana reminded me recently that the consumption tax rate will increase in October from 8% to 10%. “Is there anything you’ve been waiting to buy? You should get it before then.” Well. Carpe, as they say, diem. We talked about the TV and the vacuum cleaner, and then I mentioned that I’ve been waiting to buy a camera. She has heard me mention this from time to time, and I’ve just been putting it off in recent months because I spent so much on a bike tour of England and Scotland.

That conversation was a couple of weeks ago. Meanwhile, the TV has been on the Fritz, coming and going. Mostly it works OK but occasionally it blanks out. When this happens I remind Nana of the tax increase. Today I seized the bull by the horns and said we’re going to Bic Camera. She agreed, but I overheard her talking on the phone with her mother about it and she has seen right through me.

Anyway, we got to Bic in the late afternoon, after stopping to get shinkansen tickets for next month’s Tour de Tohoko. I was following Nana and didn’t realize we went right by the TVs on our way to the cameras. Bic Camera has scaled back the camera department recently (go figure), and so after a couple of minutes looking around in vain for what I wanted, she asked a worker and he guided us right to the spot.

I already knew what I wanted but I wasn’t seeing it on the display. With a little looking around I found a price tag listing the camera and lens combo, but again, there were none on display. Nana noticed the tag and expressed some astonishment at the price.

A saleswoman came along, a Fujifilm employee, and she pointed out the special offers and rebates available. I could get 10% points (usually 1%), or if I wanted the five-year extended warranty, then I would only receive 5% on points. An easy choice, since there’s no money out of my pocket. There’s also a cash rebate through the end of the month on the camera and lens combo amounting to almost $200. Then she guided me through all the discounts I could get on the add-ons since I was buying everything at once: the memory card and neutral filter, mostly. She came with us to the checkout and when I presented a credit card, she talked the cashier into letting me keep most of the points. (There’s apparently a hit to your points if you pay by credit card. Not a bad way for a retailer to deal with the fact they have to pay a percentage on credit card sales.)

So with the camera in the bag, I guided Nana back to the TV floor. She looked around for a couple of minutes. A 60-inch 4K Japanese brand TV can be had for considerably less than what I had just dropped on the camera. Nonetheless, after a quick look around during which she spent more time looking at wall mounts than at televisions, Nana declared that our current TV was still working. Well, OK. I know by now how to recognize when I’m removing sand from a beach with tweezers. We left the store and went to dinner.

It took a minute to pair the camera with the app on my phone. It took considerably longer to attach the strap to the triangular loops on the camera body, and I ended up using a screwdriver to complete the job. But with that done, I was ready to hit the mean streets of Shinjuku in search of first light — the first images with my new camera.

Sometimes a shot walks right by before you recognize it for what it is. The camera turned on in a second and I was able to capture a fleeting image on the fly.

My goal for the evening was Tocho — the Tokyo Metropolitan Government building. It’s been illuminated the past few weeks in honor of next year’s Olympic Games, but I haven’t been able to get a good picture of it. I shot off several and my new toy was up to the task.

We stopped by the convenience store on the way home tonight to get some instant miso shiru for my lunch tomorrow. While we were waiting in line for the register, Nana pointed out some sort of potato snack in the impulse purchases rack.

We got another pack …

Nana:
Are you full?
Guy Jean:
Yes!
Nana:
So no snack tonight?
Guy Jean:
Let’s not be so hasty …