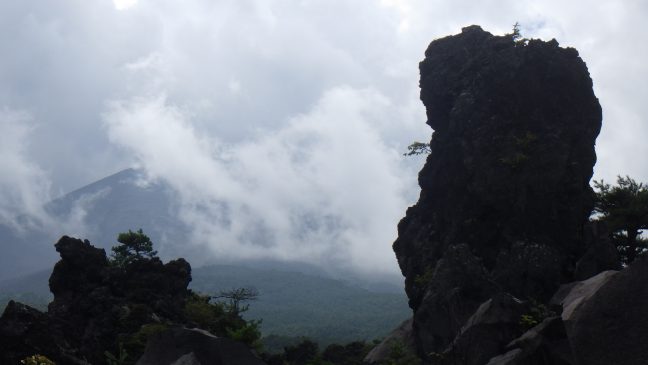 Onioshidashi (“Ogres push rocks down”) is a park featuring magma formations on the slopes of Mt Asama, a Category A active volcano. In addition to many unusual configurations of magma, the park also is home to a shrine to Kannon, the goddess of mercy, dedicated to the many victims of Mt Asama’s eruptions over the centuries. (The volcano erupts every couple of years or so, and its smoking fumarole is visible from the nearby ski lodges at Tsumagoi.)

Onioshidashi offers paved, if hilly, paths among the rugged formations, making it one of the more accessible natural areas of Japan. On clear days it also grants visitors a vista of the surrounding countryside.

Magma formations, like clouds, present Rorschach opportunities to the observer. Over the years, various configurations have come to be labelled as “elephant”, “gorilla” and others. What can you see in the alien vistas on view at Onioshidashi? 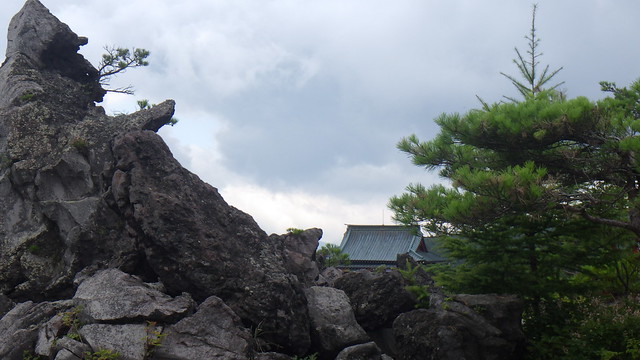