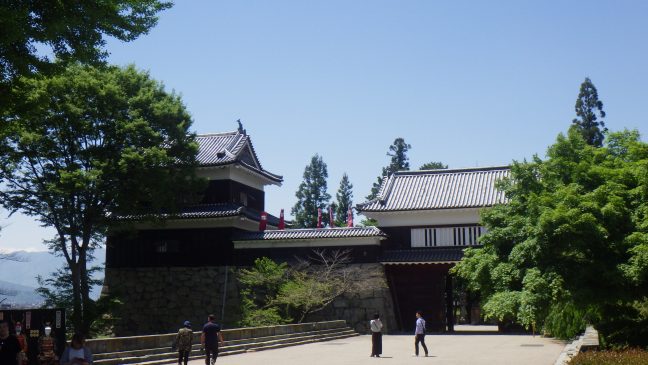 Ueda Castle, in Nagano, was originally built in 1583 during the Sengoku (“Warring States”) period by Sanada Masayuki, a minor warlord. The castle, consisting of seven yagura about a central keep but lacking a donjon, helped the Sanada clan retain independence via rapidly changing alliances among its stronger neighbors. The castle withstood sieges from the vastly superior forces of Tokugawa Ieyasu in 1585 and by Tokugawa Hidetada (third son of Ieyasu and the second shogun) in 1600 in a side battle to the Battle of Sekigahara.

Following Sekigahara, Sanada Masayuki submitted to Tokugawa Ieyasu and the castle was dismantled. Possession was transferred to the Sengoku clan, which rebuilt part of the castle, and then to the Matsudaira clan in 1706. Finally, at the end of the Meiji restoration, the castle was again dismantled, leaving only the ramparts and one yagura.

Reconstruction began in 1949, with the restoration of two yagura. The gate was completed in the 1990s. The castle is considered one of the finest 100 castles in Japan, and is home to a historical museum (with a virtual reality presentation of the castle as it once stood) and the Sanada Shrine, which honors the Sanada, Matsudaira and Sengoku clans. Visitors to the castle surged in 2016 due to the airing of Sanada Maru「真田丸」, a season of NHK’s popular Taiga drama, which recounted the role of Sanada Nobushige in the 1615 Siege of Osaka. 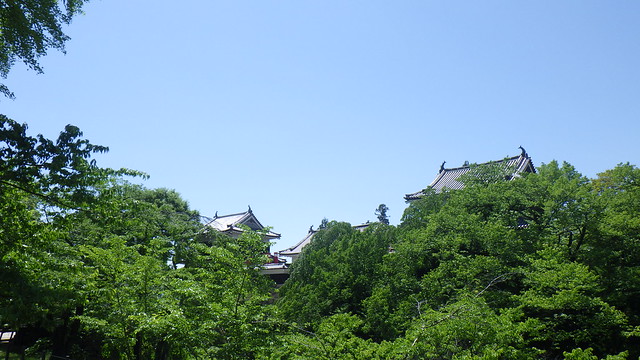