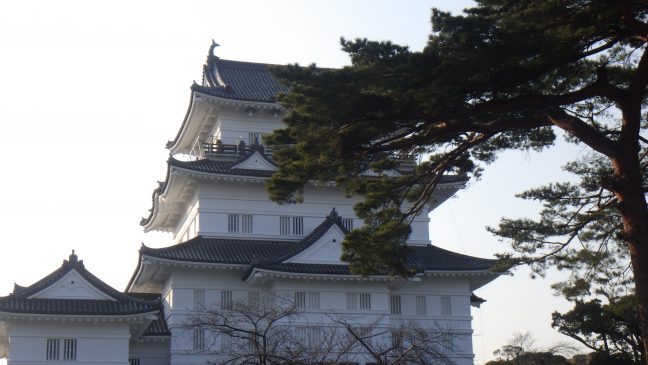 Odawara Castle is a reconstruction of the home to the Uesugi clan that played a pivotal role during Japan’s Sengoku (or “warring states”) period. The castle, first erected by the Doi clan during the Kamakura period, features the seventh tallest donjon in Japan. The concrete replica houses a history museum which focuses on the Uesugi clan, prominent during the Muromachi and Sengoku periods.

Following the Battle of Odawara in 1590, in which Toyotomi Hideyoshi forced the surrender of the Late Hojo clan “through a combination of a three-month siege and bluff” (Wikipedia), the castle grounds have played home to a Shinto shrine, an imperial villa (destroyed by the Great Kanto Quake of 1923) and a park with art museum, local history museum, city library, amusement park and zoo. The donjon was rebuilt in 1960 on the occasion of the 20th anniversary of Odawara city’s incorporation.

Today, in addition to the historical museum, the castle grounds are home to a beautiful park, featuring varieties of Japanese cherry trees, and a children’s amusement park. The castle features a nightly light show, with a variety of themes playing from 5 to 9 p.m. (depending on the season). 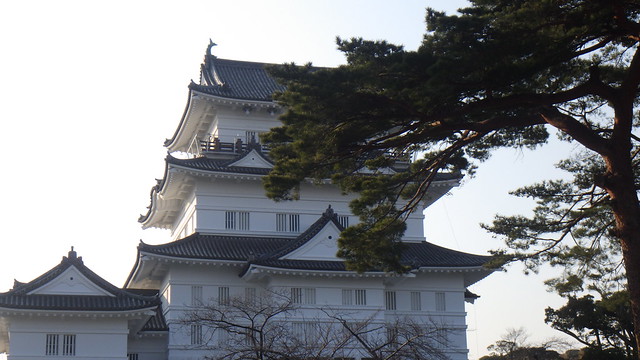