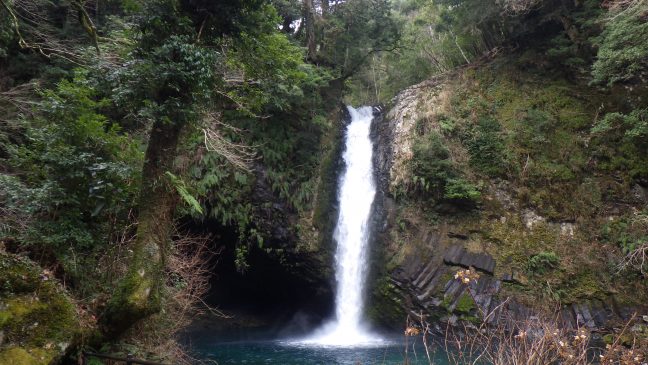 Joren Falls lies at the upper reaches of the Kano River in central Izu and features a drop of 25m. According to legend, the falls is home to Jorogumo, a spider that transforms into a seductive woman. Several legends surround the Jorogumo, usually featuring a woodsman whose axe head has fallen into the pool beneath the falls. When the Jorogumo returns his axe head, the woodsman is captivated (and in some legends, captured).

The region is famous for its wasabi, and booths at the park entrance and near the falls feature fresh wasabi and goods made from wasabi — including wasabi ice cream. Wasabi is cultivated in the pool below Joren Falls.